To create a cup you will need to login to Whole Game and select the league structure tab and then cup competitions. 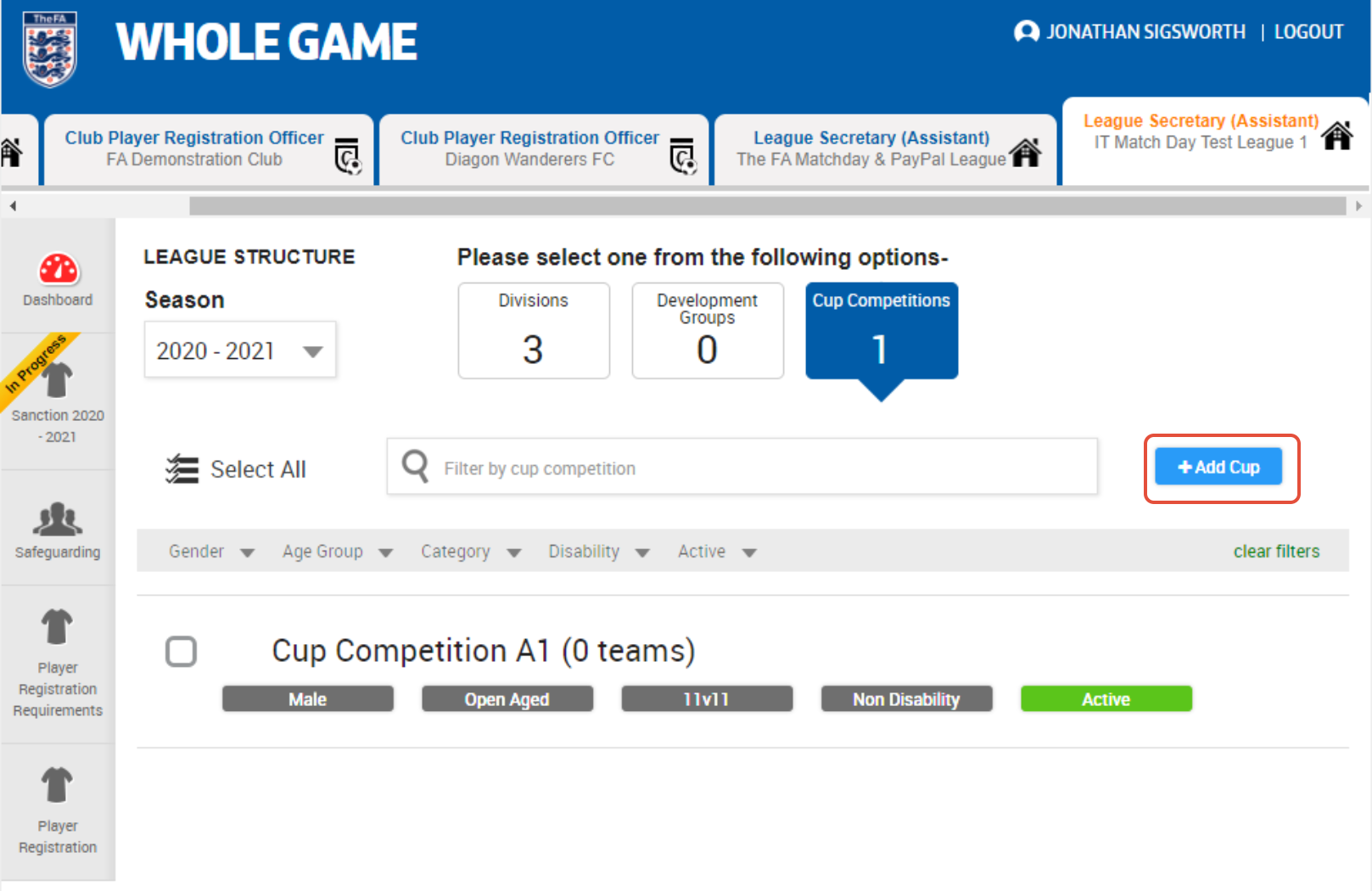 Once you have clicked on "Add Cup" you can then select the name, category, age group, gender and disability. 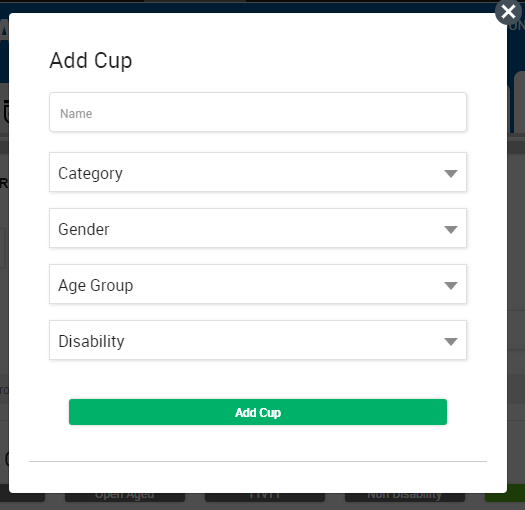 The cup will then move across to Full Time where you can create the cup.

You will then be given the choice to hide to cup whilst you create it, whether the cup is a knockout cup, group stage cup or a champions league style cup.

Selecting the knockout style cup will then give you the choice to enter how many teams will be in the first round, the number of legs per tie and if you would like the teams to automatically advance to the next round.

If you select a group stage cup you can select how many groups there will be, the maximum number of teams per group and how many times the teams will play each other. 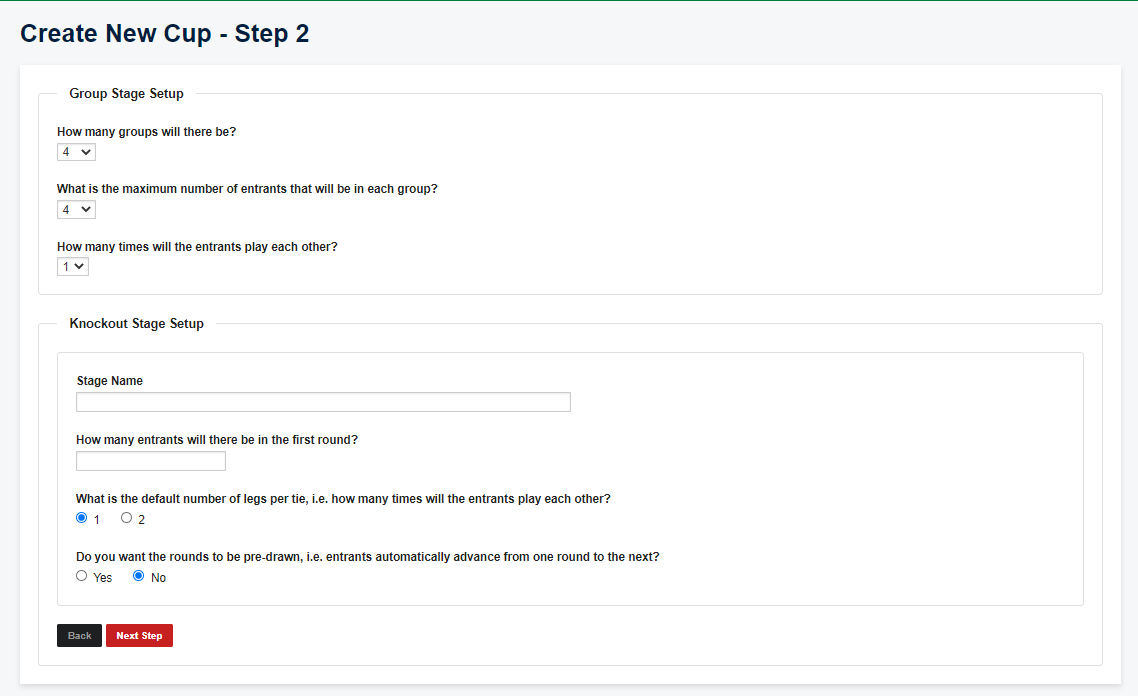 Choosing the champions league style cup present the same options as the group cup but adds in an extra stage, as this is a Group stage advancing to multiple knockout cups. 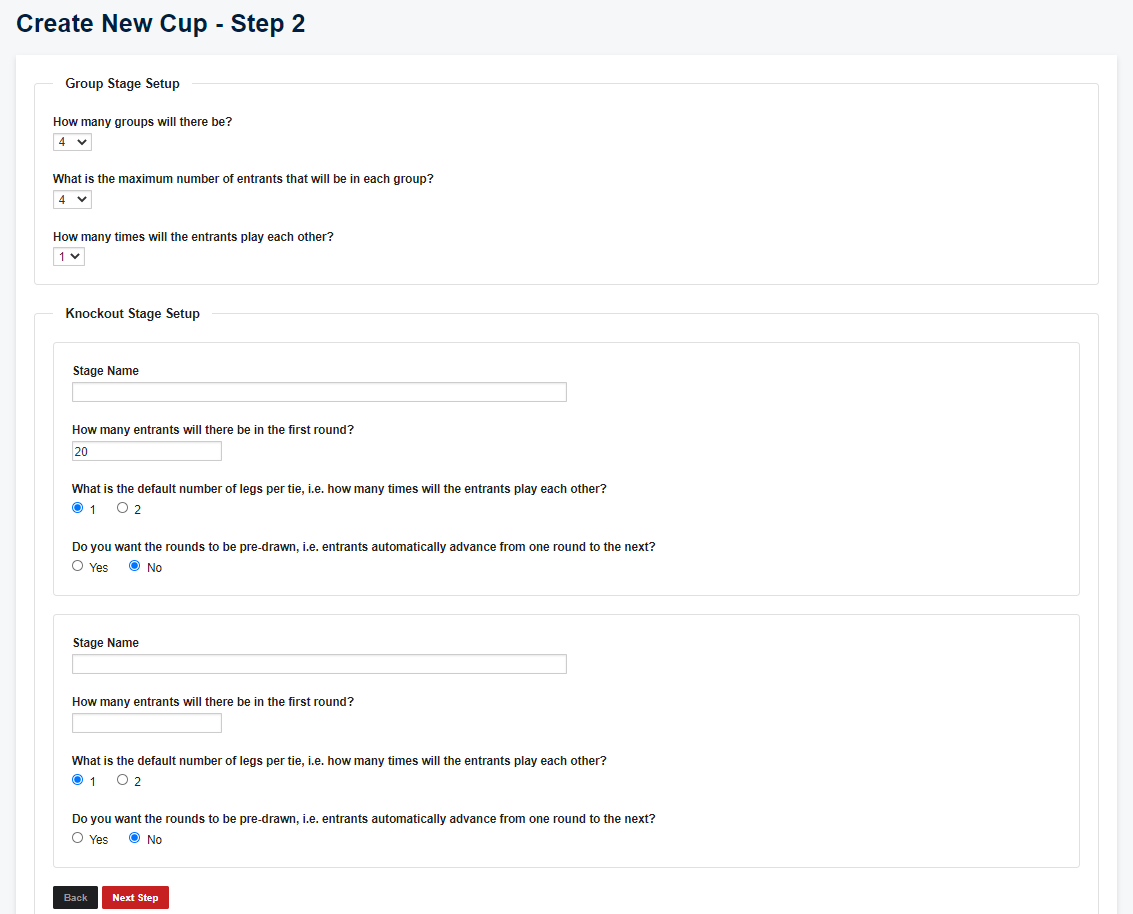